As part of their study of nineteenth century literary extracts, Year 9 have been reading ‘The Picture of Dorian Gray.’ In the novel, Dorian Gray trades his soul for eternal youth and beauty… partly under the influence of his friend, Lord Henry, who outlines the benefits of both in an incredibly persuasive speech.

But our students disagreed, and believed that intelligence is far more desirable than beauty. They wrote counter speeches championing the benefits of intellect. But to increase the challenge, they had to do this in the style of Oscar Wilde. Here are some great examples from Rahat, Tillie, Tommy, Terri and Ana. We’re very PROUD of you. 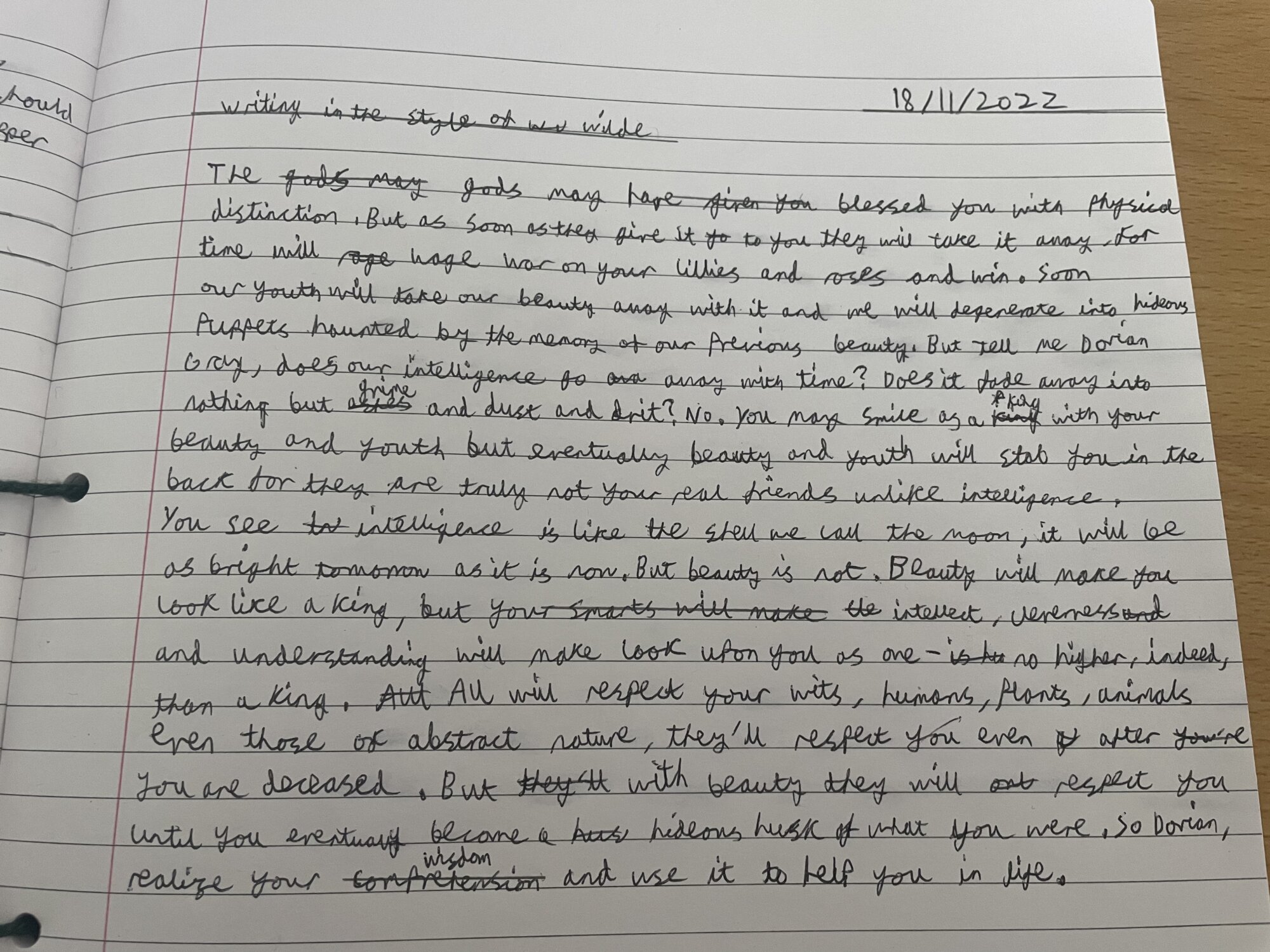 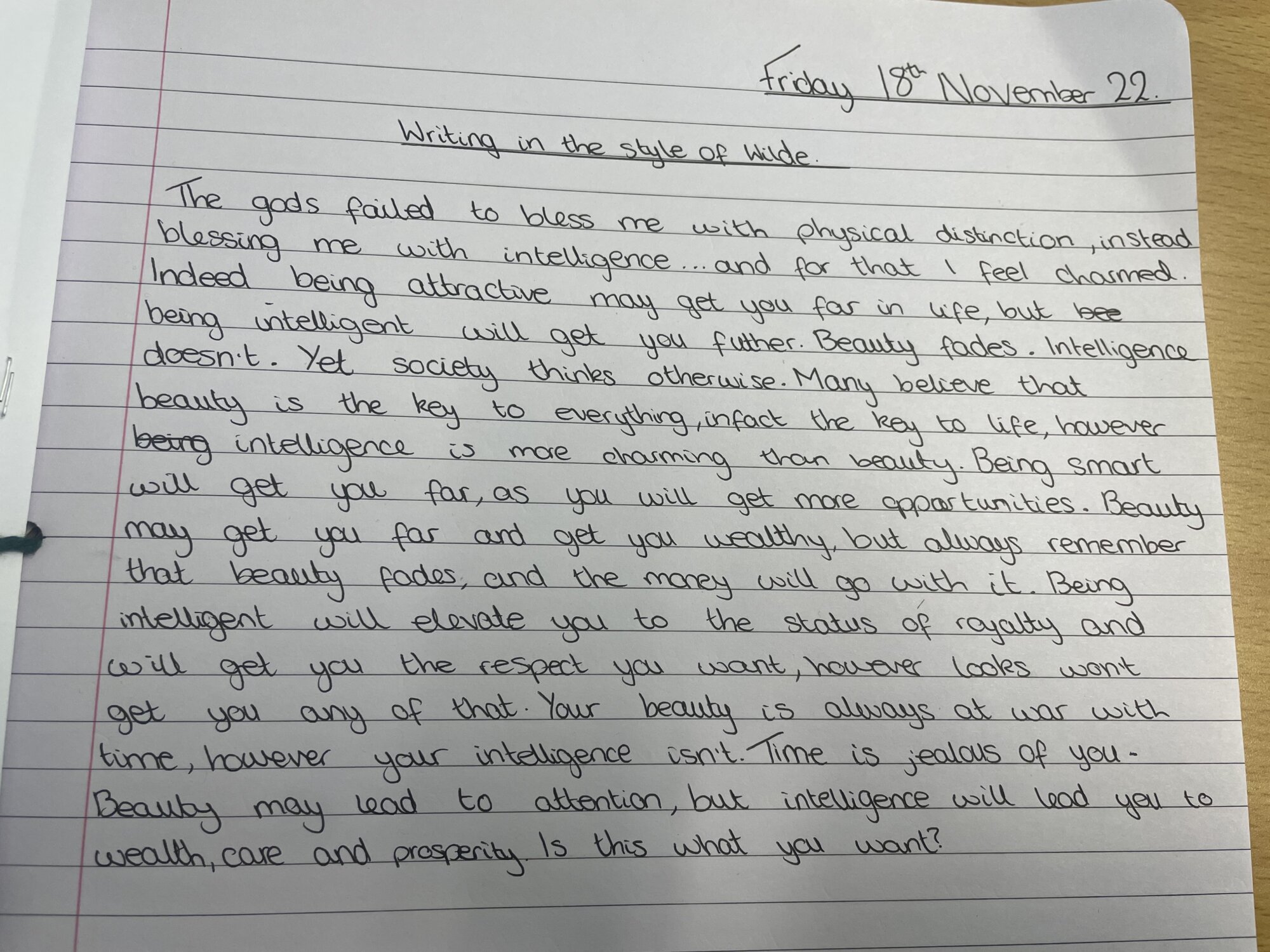 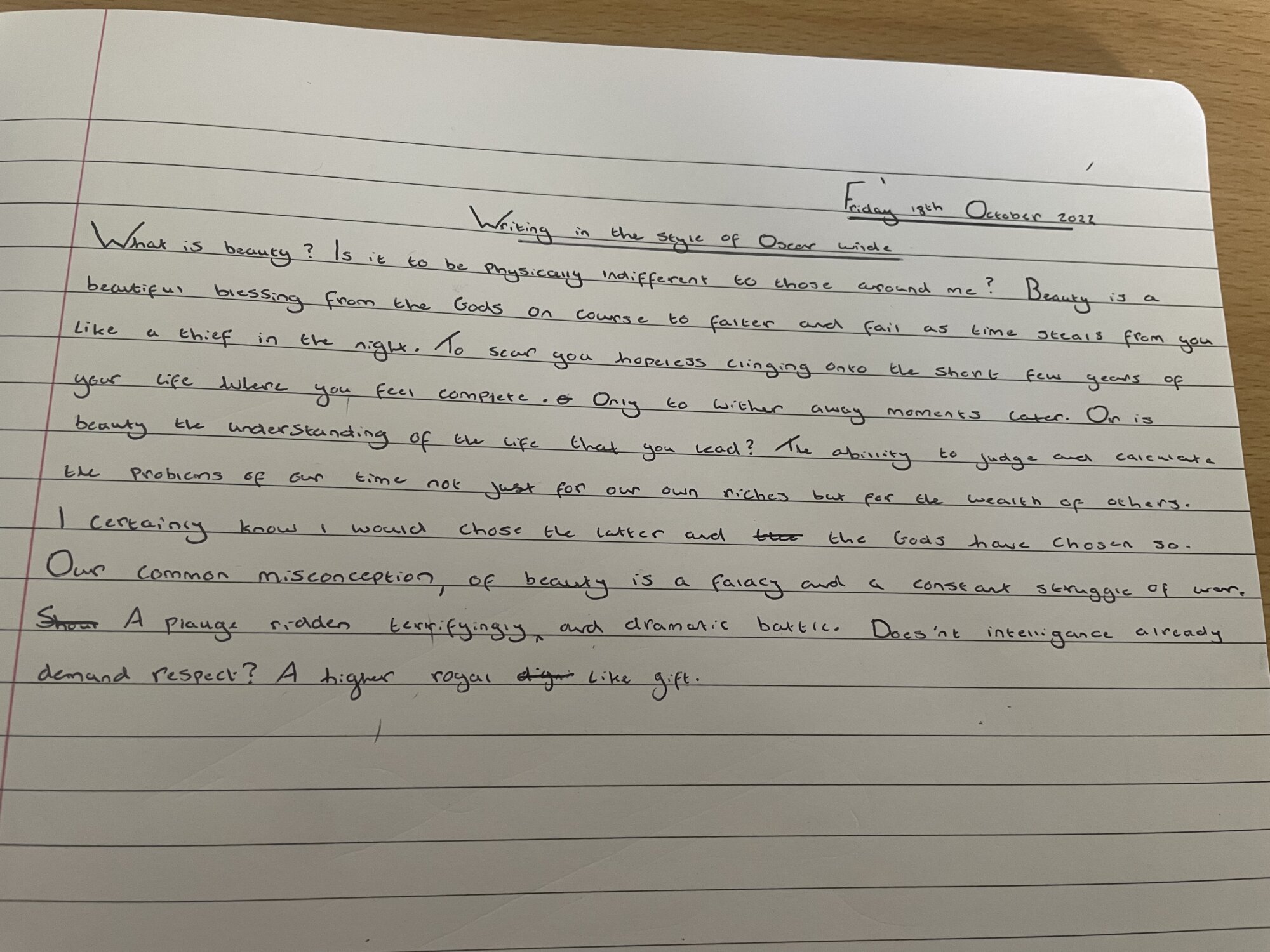 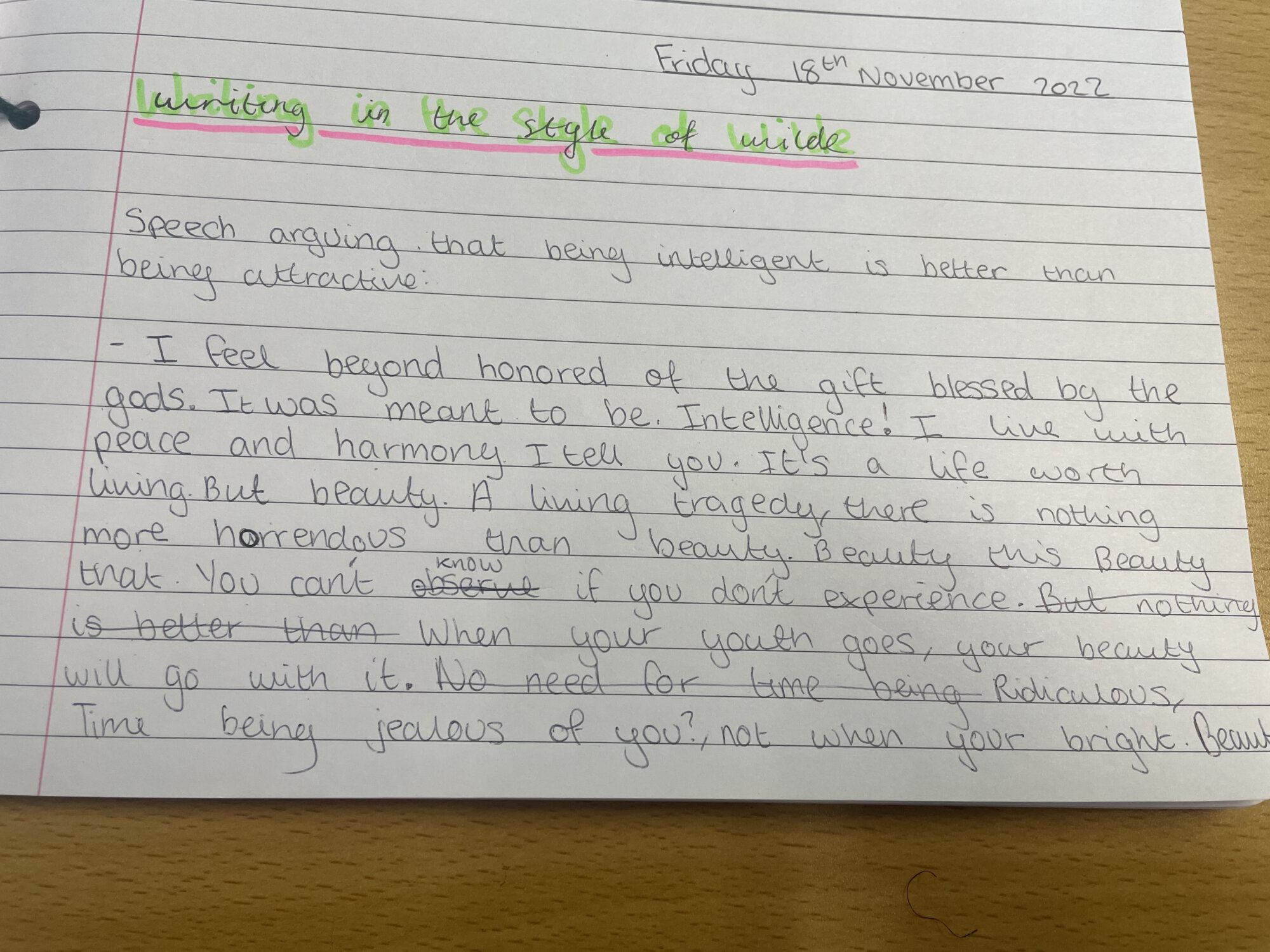 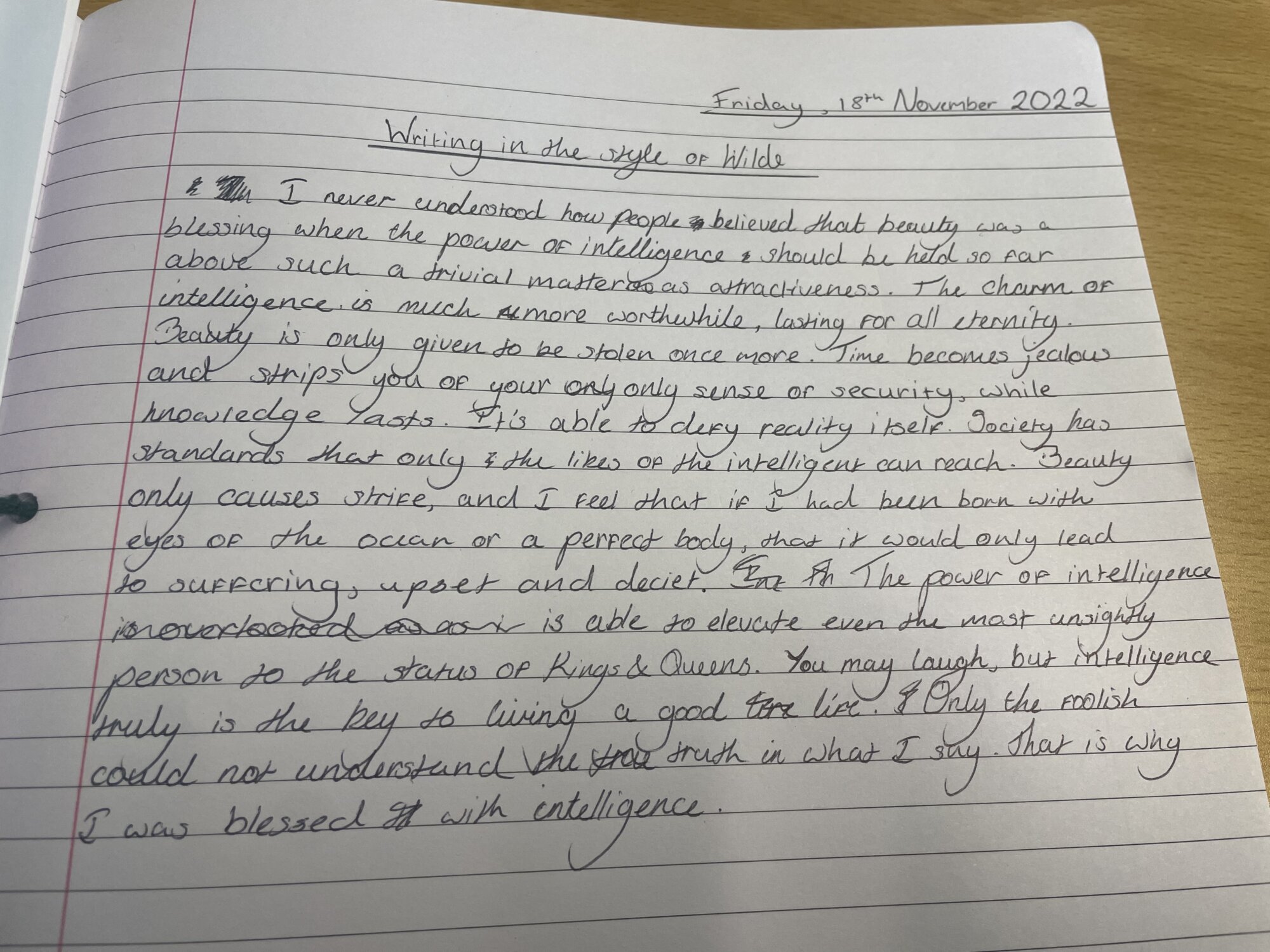