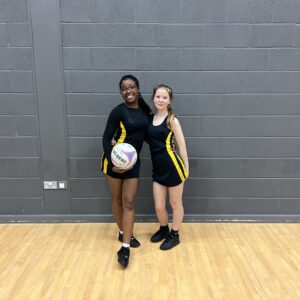 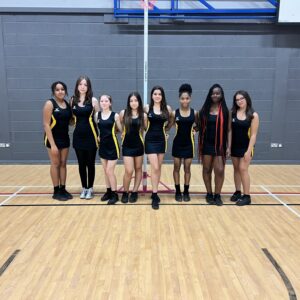 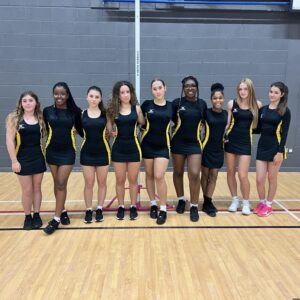 Monday 7th November saw the start of the Borough Netball League for both of the U16 teams against Barking Abbey. The teams were excited to get their season under way and were looking forward to being back playing as Year 10 and 11 combined.

The night started off with the U16A team up first and it was a very close game. It kept going goal for goal with about 1 minute left in the game our shooters scored to make us trail by one goal miking the score line 6-7 to BA. A very tense last minute of the game meant it was going to be close. 30 seconds left in the game and we took the score line to 7-7. It came down to the last 10 seconds of the game where the ball was fed to Diana in the shooting circle who was able to convert the shot with about 2 seconds left on the clock to make it an 8-7 win for the U16A team.

The second game of the night saw the U16B team face BA. We knew it was going to be a close game once again. With several new playing combinations in action it was a great experience for the team. There was some great passages of play happening on the court and the team did not make it easy for BA, although BA just managed to take the win.

From the displays of the first game from both teams, it is shaping up to be a great season ahead for the U16 Netball Teams.

U16A Player of the Match as voted for by BA – Tamara

U16B Player of the Match as voted for by BA – Lily

Well done to all of the players who represented Eastbrook – We are PROUD of you!