Students were then given the openings from some of the texts by these writers and were asked to continue the story.

When the doorbell rings at three in the morning, it’s never good news.

Alex Rider was woken by the first chime. His eyes flickered open, but for a moment he stayed completely still in his bed, lying on his back with this head resting on the pillow. He heard a bedroom door open and a creak of wood as somebody went downstairs. The bell range a second time, and he looked at the alarm clock glowing beside him. There was a rattle as somebody slid the security chain off the front door.

He rolled out of bed and walked to the open window, his bare feet pressing down the carpet pile. The moonlight spilled onto his chest and shoulders. Alex was fourteen, already well-built, with the body of an athlete. His hair, cut short apart from two thick strands hanging over his forehead, was fair. His eyes were brown and serious. For a moment he stood silently, half hidden in the shadow, looking out. There was a police car parked outside. From his second-floor window Alex could see the black ID number on the roof and the caps of two men who were standing in front of the door. The porch light went on and, at the same time, the door opened. 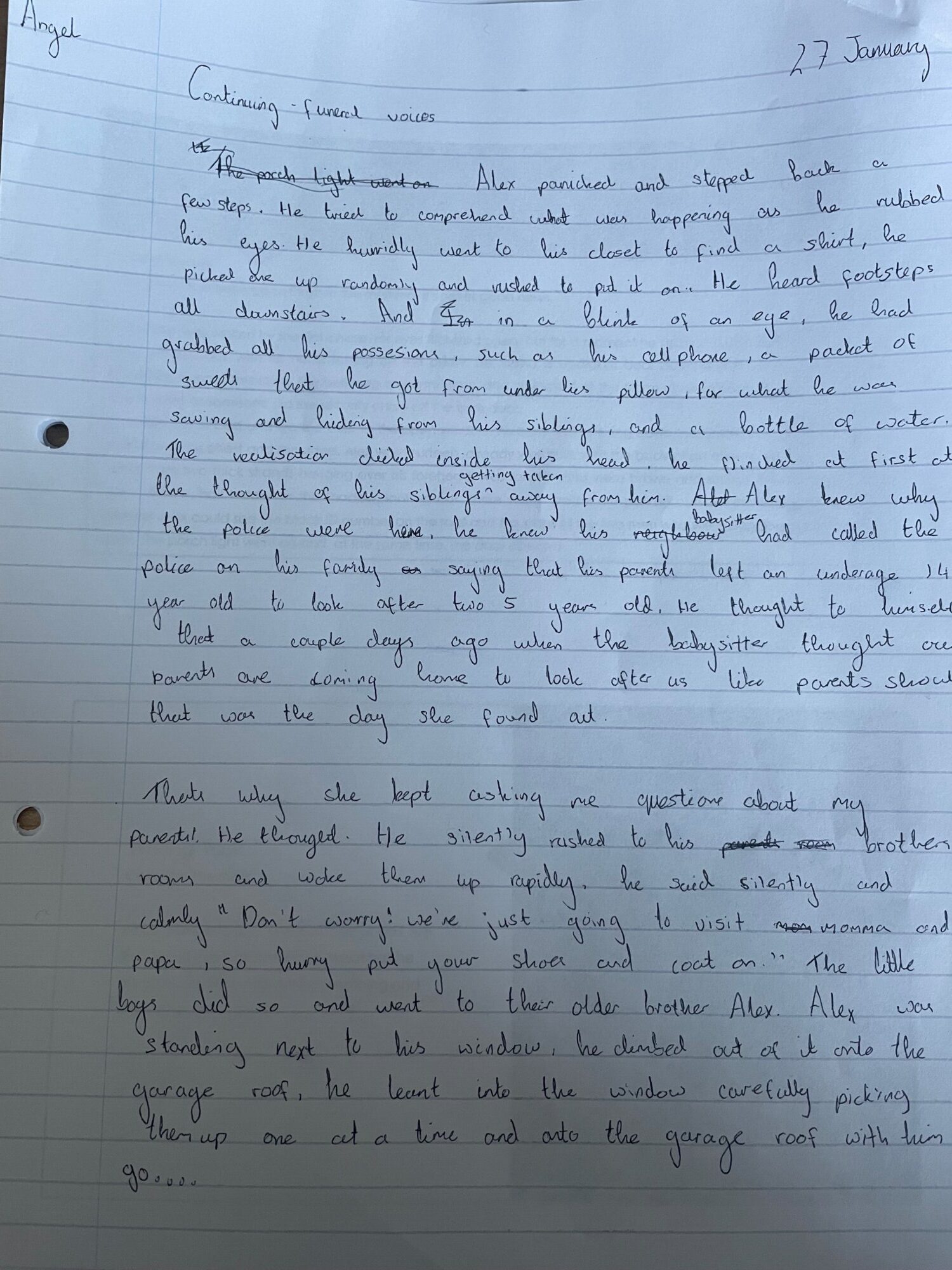 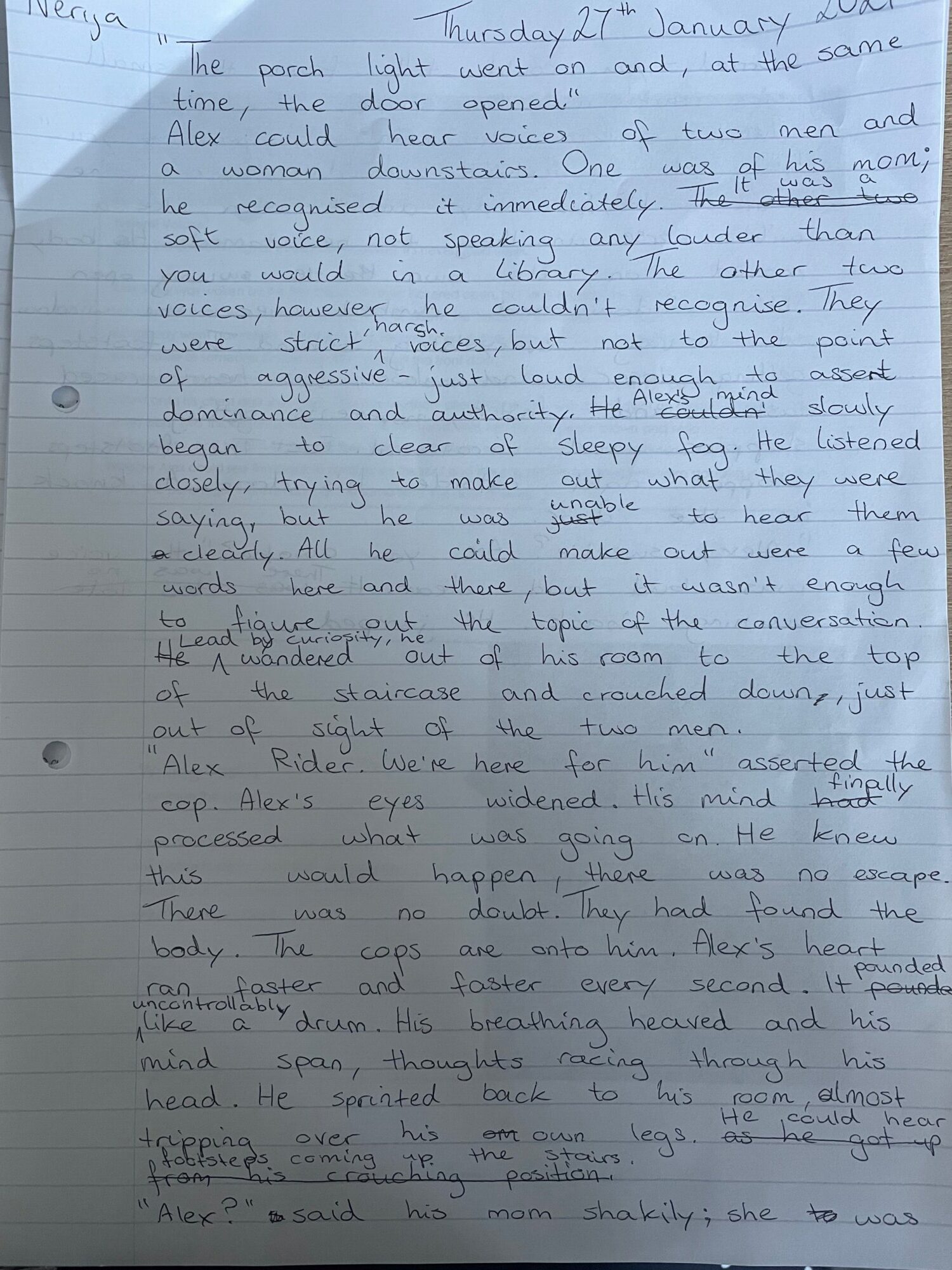 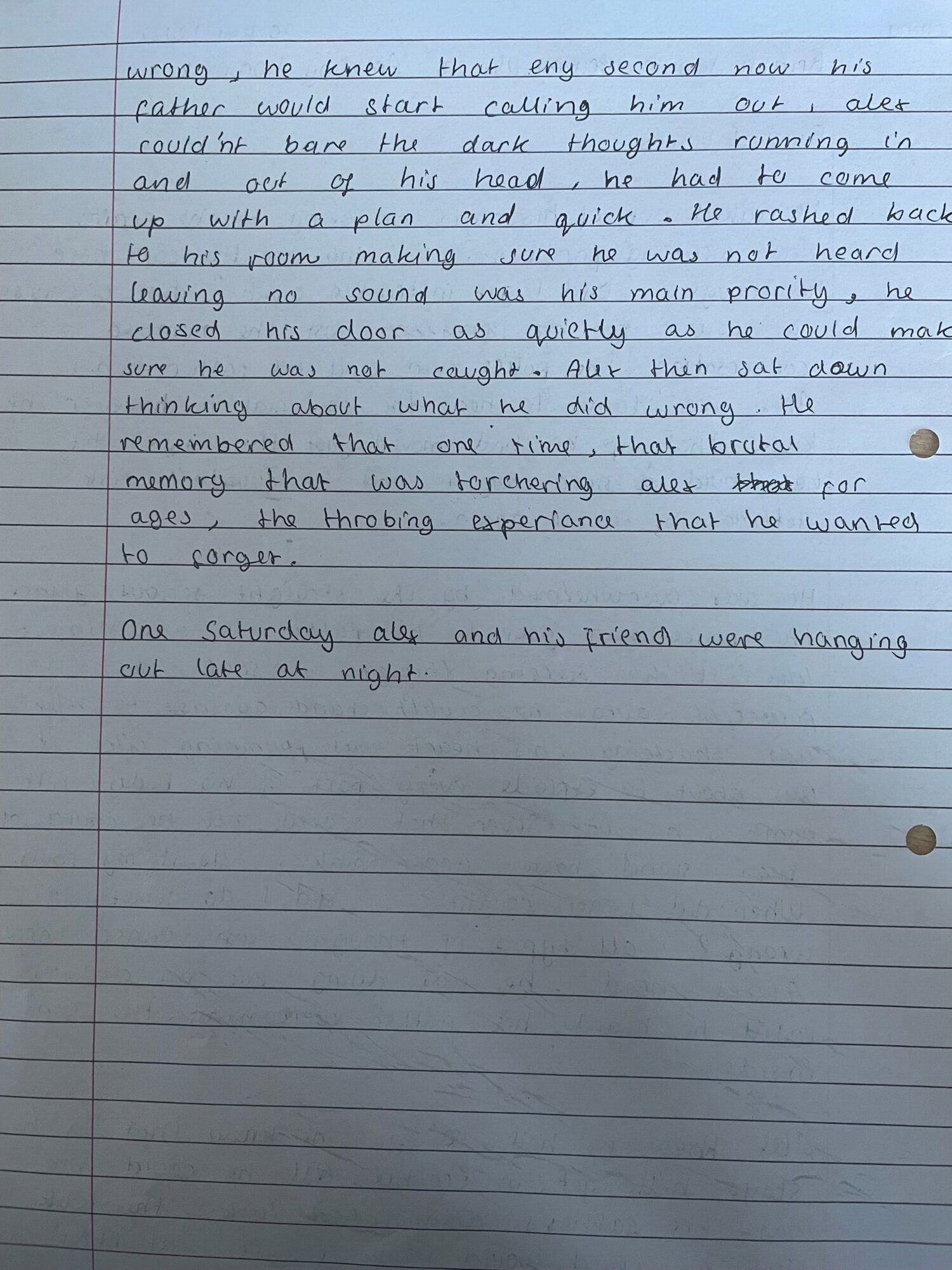 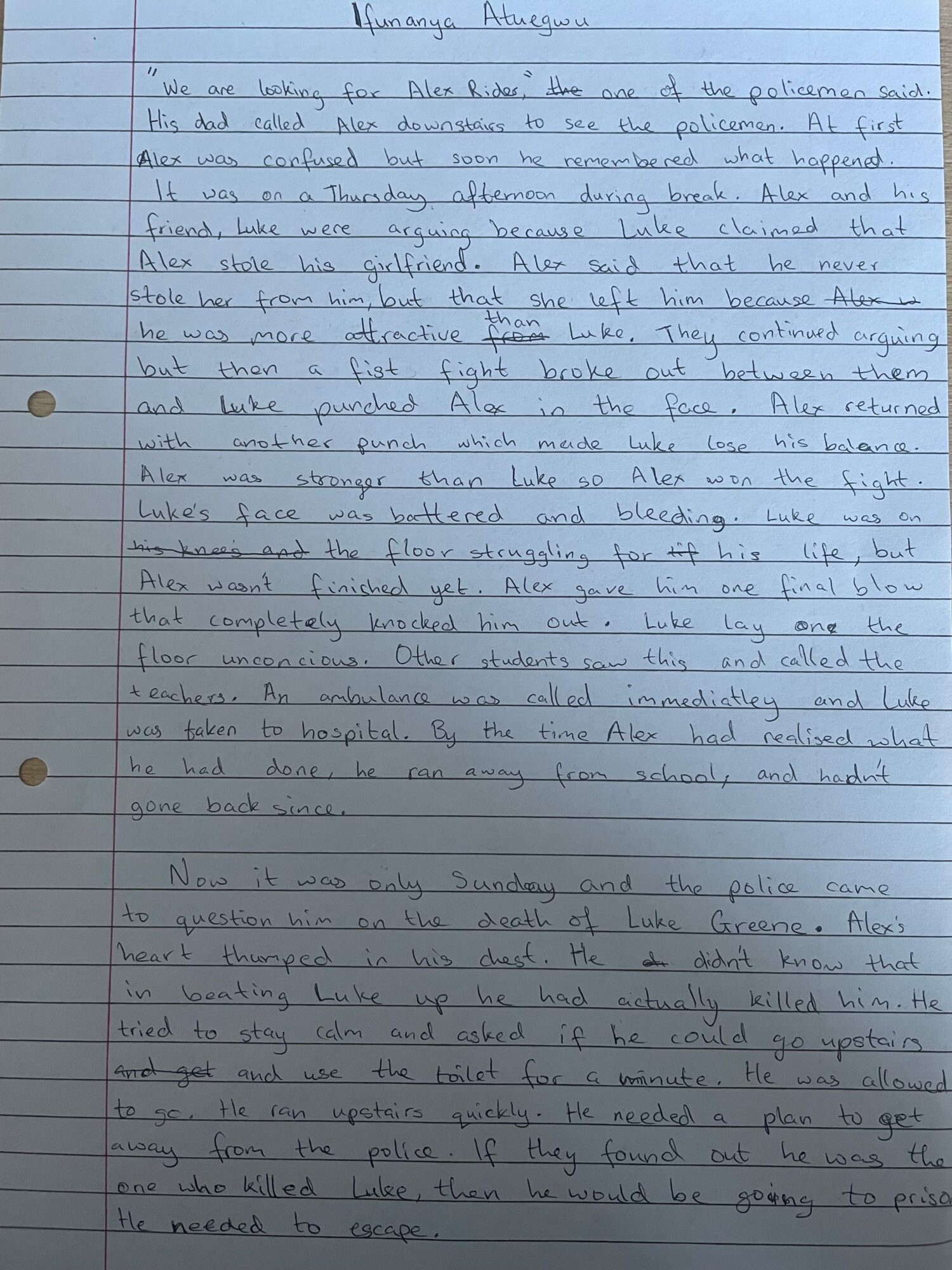 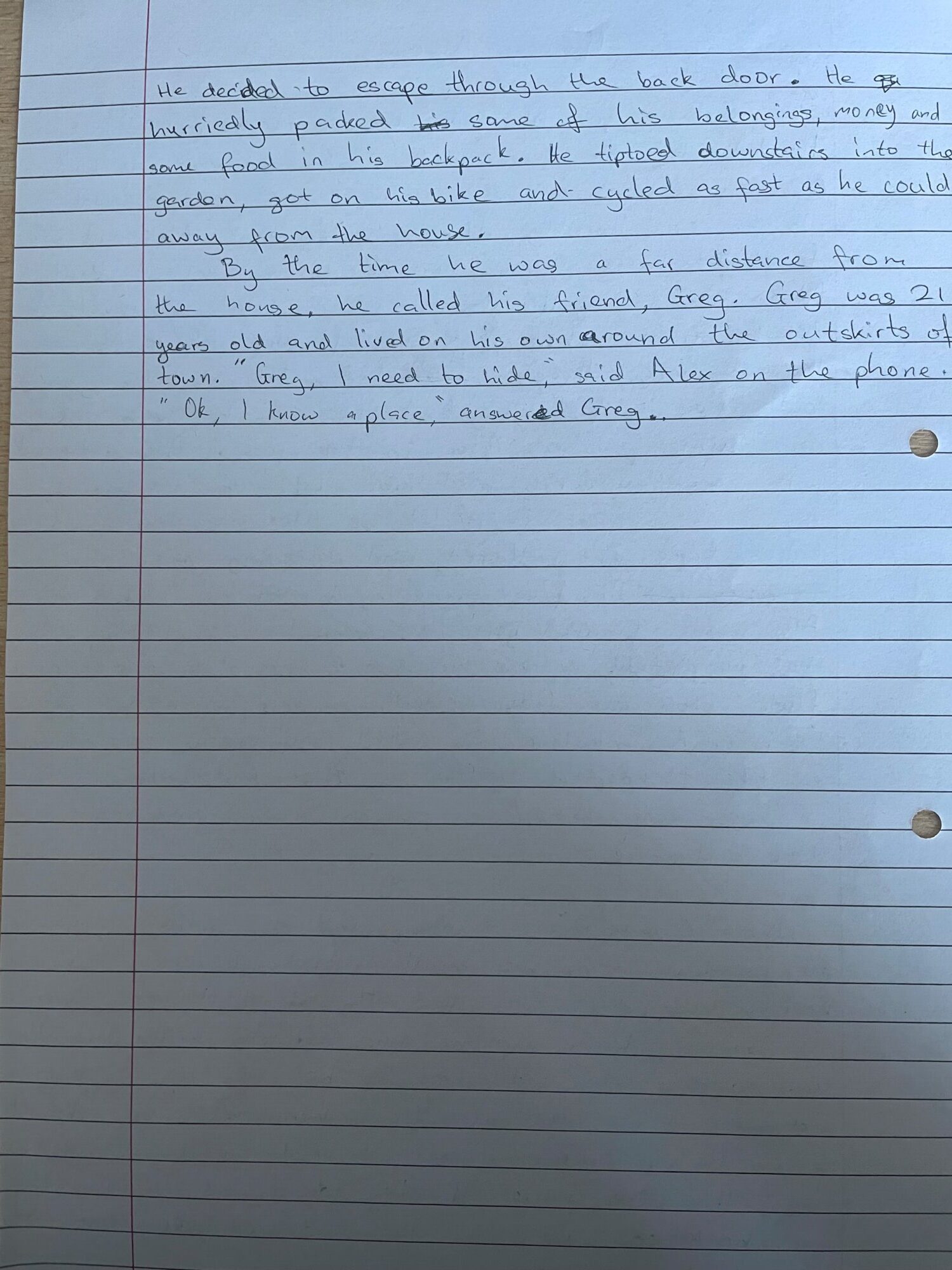 As Gregor Samsa awoke one morning from uneasy dreams he found himself transformed in his bed into a gigantic insect. He was lying on his hard, as if it were armour-plated, back and when he lifted his head a little he could see his done-like brown belly divided in to stiff arched segments in top of which the bed quilt could hardly keep in position and was about to slide off completely. His numerous legs which were pitifully thin compared to the rest of his bulk, waved helplessly before his eyes.

What has happened to me? he thought, It was no dream. 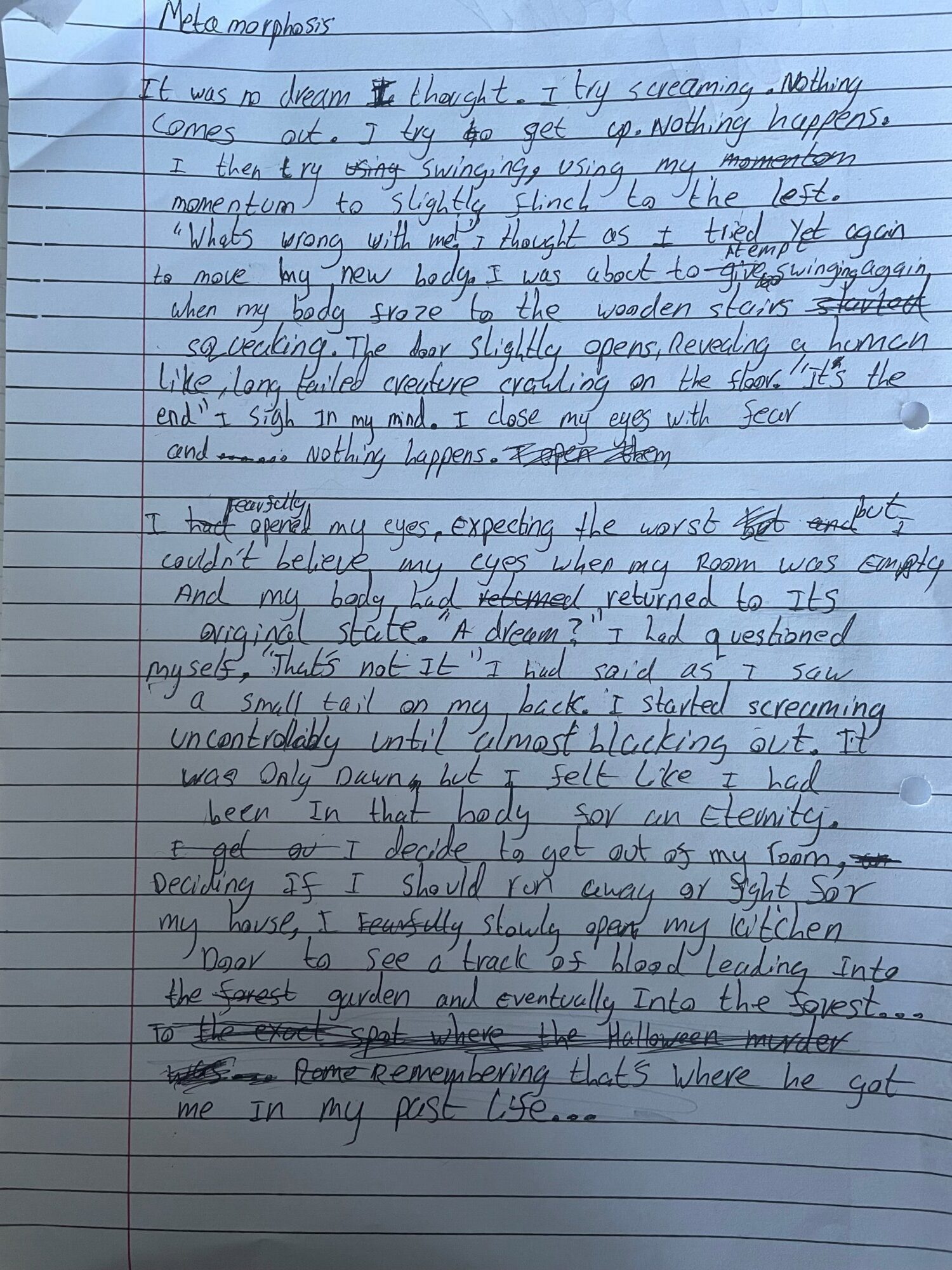