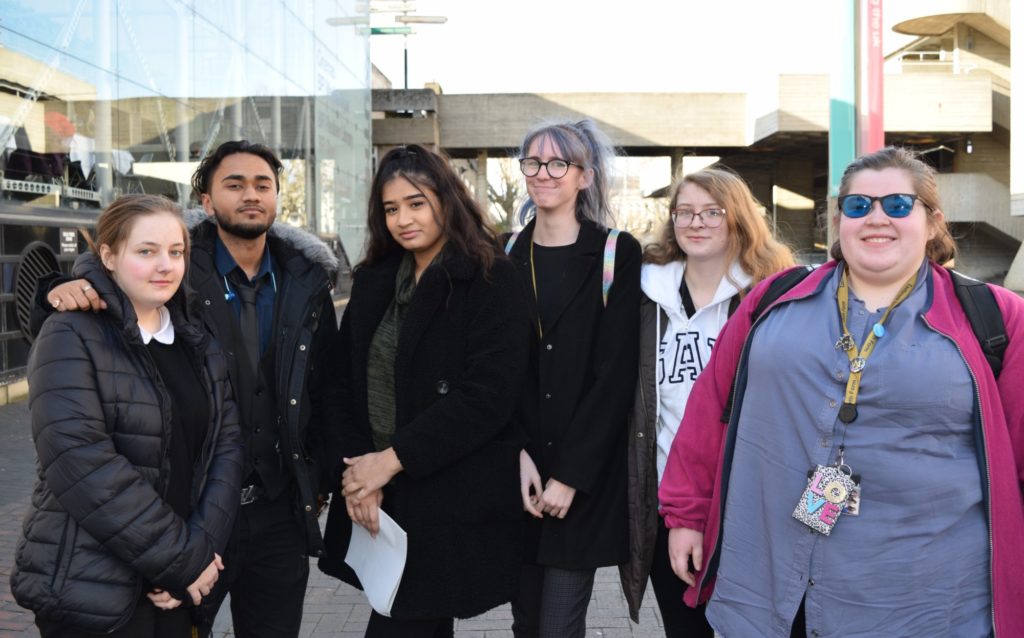 You may wonder why these students look so happy.

Is it because they’ve just emerged from a day of fascinating lectures about the documentary film form? Is it because they got the chance to appreciate the ‘Brutalist’ architecture of the BFI and National Theatre on London’s Southbank? Or could it be because it stopped raining and the sun came out for the first time in ages?

Possibly a combination of all three. The A-Level Film Studies trip to the British Film Institute, designed to support the students’ investigation of the documentary film form, took place last Friday.

A highlight of the day was the chance to question filmmaker James Rogan who said that he’d started out in fiction film before moving to documentary. He claimed there was stuff happening in ‘this topsy-turvy world you couldn’t make up’ and emphasised the form’s power in drawing attention to social problems, injustice and inequality.