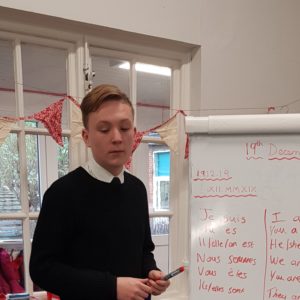 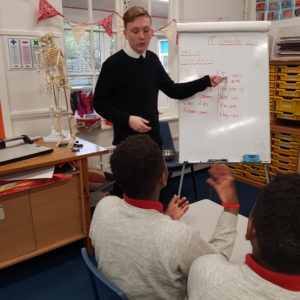 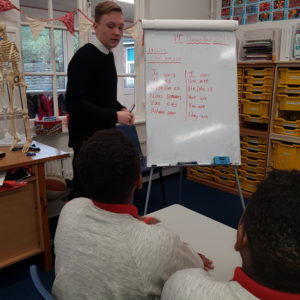 In recent months Year 12 student Alfie Tucker has been teaching French to Year 6 children in Hunters Hall School. He is clearly doing a fantastic job because the school received the following message from the Deputy Headteacher.

“I just wanted to take the opportunity to email you to recognise the hard work and commitment that Alfie has been showing, with regard to helping two pupils who only speak French and have recently joined our Year 6 cohort.

Alfie has been an excellent role model who not only is helping the children to develop their understanding of English but also in helping them to celebrate their own language. Alfie’s fluent linguistic skills are being put to the test and he is excelling. Only today was he in a session which I was covering, and he was assisting the two boys with a maths test by translating the English into French.

Once again, I thank you and your Modern Foreign Languages department for the excellent tuition with which you have provided Alfie, so that he has been able to develop his understanding and proficiency of the French language.”

Alfie has shown extraordinary commitment to becoming as proficient as possible as a linguist. During the summer he worked in a French restaurant in West London so that he could get as much practice as possible, and he disciplines himself to speak in other languages whenever the opportunity arises.

Well done Alfie …… we are proud of you