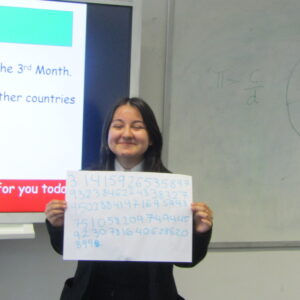 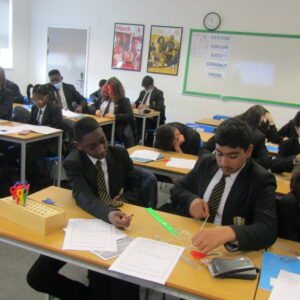 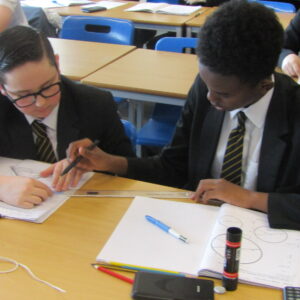 March 14 marks Pi Day, an annual celebration of the mathematical sign pi . Founded in 1988 by physicist Larry Shaw, March 14 was selected because the numerical date (3.14) represents the first three digits of pi, and it also happens to be Albert Einstein’s birthday.

Why all the fuss about pi? The Ancient Greek mathematician Archimedes is most commonly credited with being the first to accurately calculate the estimated value of pi.

It is an irrational, number, that continues on to infinity. For ease of problem solving, it is abbreviated and the first three digits (3.14) or the fraction 22/7, are commonly accepted as accurate estimations.

In mathematics, this infinite number is crucial because of what it represents in relation to a circle—it’s the constant ratio of a circle’s circumference to its diameter. Pi is also essential to engineering, making modern construction possible.

Yr 7, 8 & 9 students engaged in many activities to investigate the value of pi. They used different sizes of circular objects to work out the approximately the same value of pi. The entire experience helped to add context to problem solving involving circles.

Finally, there was a competition on who can memorize the longest digits of pi.