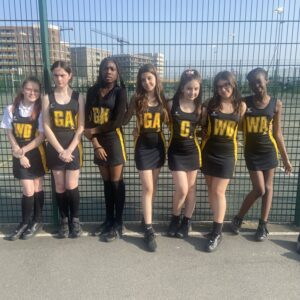 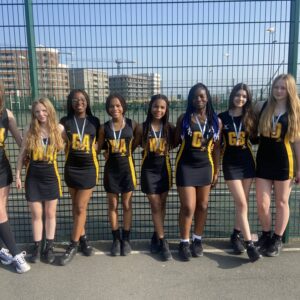 The Under 14 Netball teams headed to Riverside to play in Borough Netball Rally. We had two teams from across year 8/9 representing the school and for some it was their first time.

The A team finished top of their group after winning all of their games and advancing onto the semi-finals. The four teams for the semi final games were put into a hat and pulled out to decide the games. Eastbrook A was drawn against All Saints A. It was a very close game throughout, with Eastbrook being the stronger team, however All Saints just managed to get the win and the place in the final.

The girls were determined not to let that stop them and went into the 3rd/4th place playoff against Greatfields aiming for the bronze medal. It was a great game with the girls securing the bronze medal after a 4-2 win.

The B team were drawn against some strong opposition, but showed some good performances in their games.

Well done to all the girls that represented Eastbrook, Miss Harper is extremely PROUD of you all.